In the darkest and dreariest parts of an ancient city long since crumbled, there lives a group of monsters that happily go about their monster business. There was one large beast and several smaller ones who followed their larger version wherever it went. The large monster was yellow with some truly terrible mint-green stripes and spots, with a clump of oily, curly mint-green hair on its head. It also sported a pair of comely red and yellow striped horns, and a similarly striped tail stretching behind it. 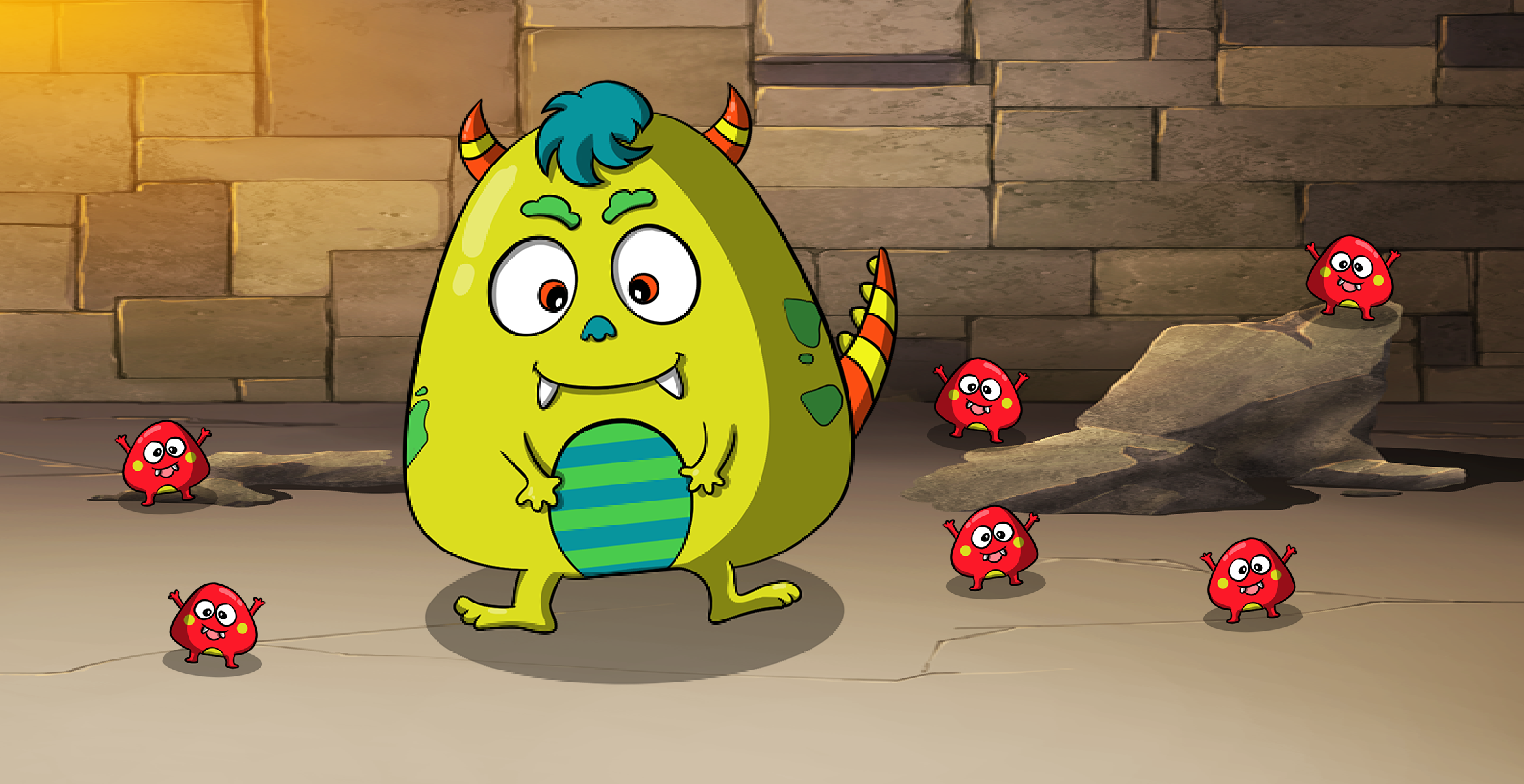 The little monsters were red with yellow spots, and all of the monsters had short arms and no necks.

“Ack”, spoke the big monster, herding its little ones into a crumbling building. The walls did not look like they would able to carry the roof for much longer, a condition made worse by the monsters, who started chomping on them greedily as soon as they got inside.

The monsters feed on the buildings of the city. The little ones enjoyed their meal, and looked at each other, still chomping, excitedly. One had a piece of metal sticking out of its mouth, and two long tongues snaked out and pulled it back in. The large monster was enjoying his meal as well, judging from the belches he let out in machine-gun fashion, and the satisfied look he wore.

The building started to rumble. The monsters continued to chomp. If you’ve ever stacked blocks before, and the tower starts to shake and sway because you haven’t built well, you’ll know what the building looked like while the monsters continued to chomp happily away. The roof collapsed. There was an explosion of dust, a large booming crash, and then silence. Nothing moved.

The building was shorter.

Something began to seep. A yellow liquid started to ooze from the wreckage and collected itself nearby. Rivulets of red started to seep out of the ruins as well. The small red oozing liquids collected themselves in separate puddles outside the fallen building and began to grow upright, as did the yellow slime. In no time at all, the monsters had reformed themselves outside the broken building and had begun to eat the rubble there. There was one small difference now that the monsters had been squashed and regrown though: there were one or two more of the small red monsters. The monsters multiplied by letting themselves be crushed.

Then disaster struck. A spider crossed their paths, filling the monsters with a great and terrible fear. Those little beasts had eight legs and walked so creepily. They were certainly thirsty for yellow and red monster goo.

“Ick”, moaned the big monster, and herded its little monster offsquash away from the ex-building. It herded them down the street, where they jumped and “Ick”-ed and ran and made a huge show about things, which was bad since it was the middle of the city and no one was in the mood to have their busy workdays disturbed by a horde of panicked monsters running their way. Luckily the monsters lived in a city of ruins, and there were no such workdays, so the monsters could panic whichever way they pleased. They half-stumbled over one other, icking and acking, trying to put the spider behind them.

The danger quickly passed, however, as the yellow monster was able to herd the little red monsters out of the town and into a small forest, where the air was calm and fresh and the birds sang and the monsters soon became miserable. Before they did, though, they turned around to make sure no spider had followed them. They stood at the edge of the forest, breathing on each other and maybe shifting their weight from time to time, while staring back down the road from whence they came. 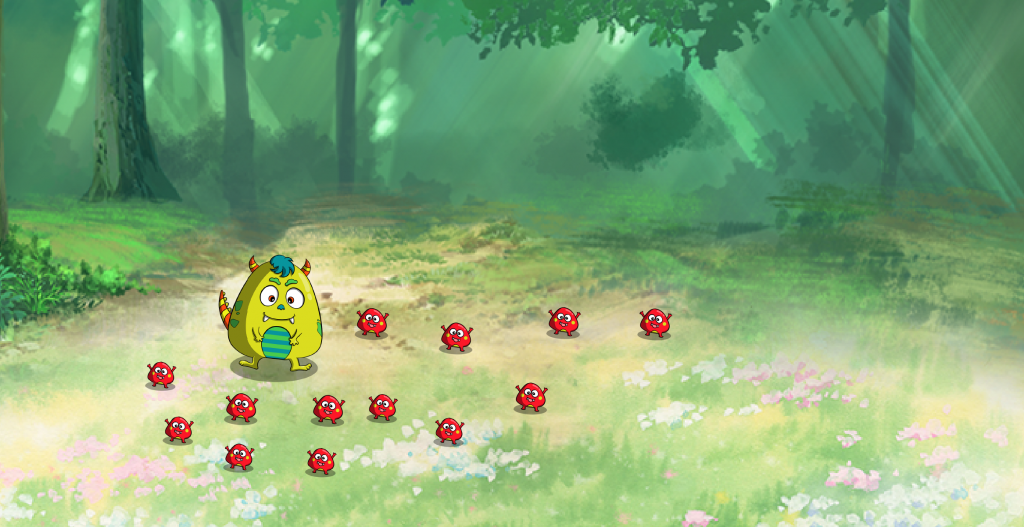 It would have been interesting to see what would have happened if a spider had followed them, because the monsters were not exactly experts at hiding. There they stood for over an hour, breathing and leaning every now and then, not really waiting for something to happen and definitely glad that nothing was. Then they noticed how awful the forest was: it was clean and beautiful and had no building materials to eat.

“Ack”, advised the big yellow monster, and they scampered back into the city of ruins to look for snacks. Such was a day in the life of these strange beings.