“Release the prisoner,” the call sounded around the fortress. Deep down in the dungeon, Madeline could not believe her luck. She felt guilty, she was guilty of being a witch, at least in the eyes of the law, and here she was, about to be released. For the fourth time. The guards led her up out of the depths of the fortress, brought her over the courtyard, and released her at the front gate.

Walking home, she made it a point to be extra considerate and polite to her fairy-friend Skitter. 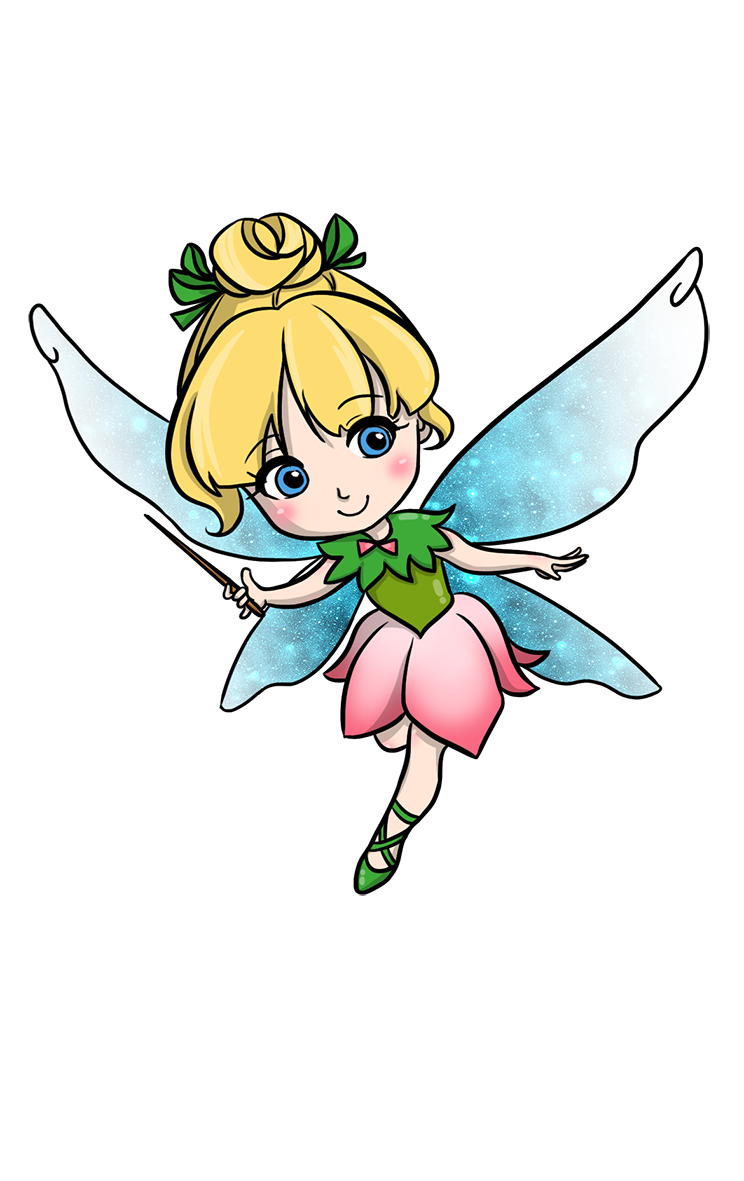 Skitter was one of the most popular fairies in the kingdom. She was an adorable flaxen-haired fairy known for her green garments, the green ribbon in her hair, her green gossamer ballet slippers and her pretty pink buttercup.

Bubbling with good humor, she was always giggling, even at her own “knock knock” jokes, which were dreadful. She loved being happy and she loved making others happy. She did everything in her power to spread joy, even when people were down in the dumps.

One day she was buzzing through the forest when she thought she heard something. A small stone whizzed by her head and she had to veer suddenly out of its way. Unfortunately, she crash-landed in a spider’s web and was unable to free herself.

She strained and tugged and pulled at the strands of the web but it was no use. Luckily, a woman came strolling down a nearby path. As she got closer, Skit- ter tried her best to get her attention.

Madeline hesitated, unsure if she really heard something or not. Skitter’s voice sounded like a bee’s if it could speak English.

“Up here! Right in front of you in the web!” Skitter was so happy to be heard she almost started to cry. She knew the spider could come back at any moment. 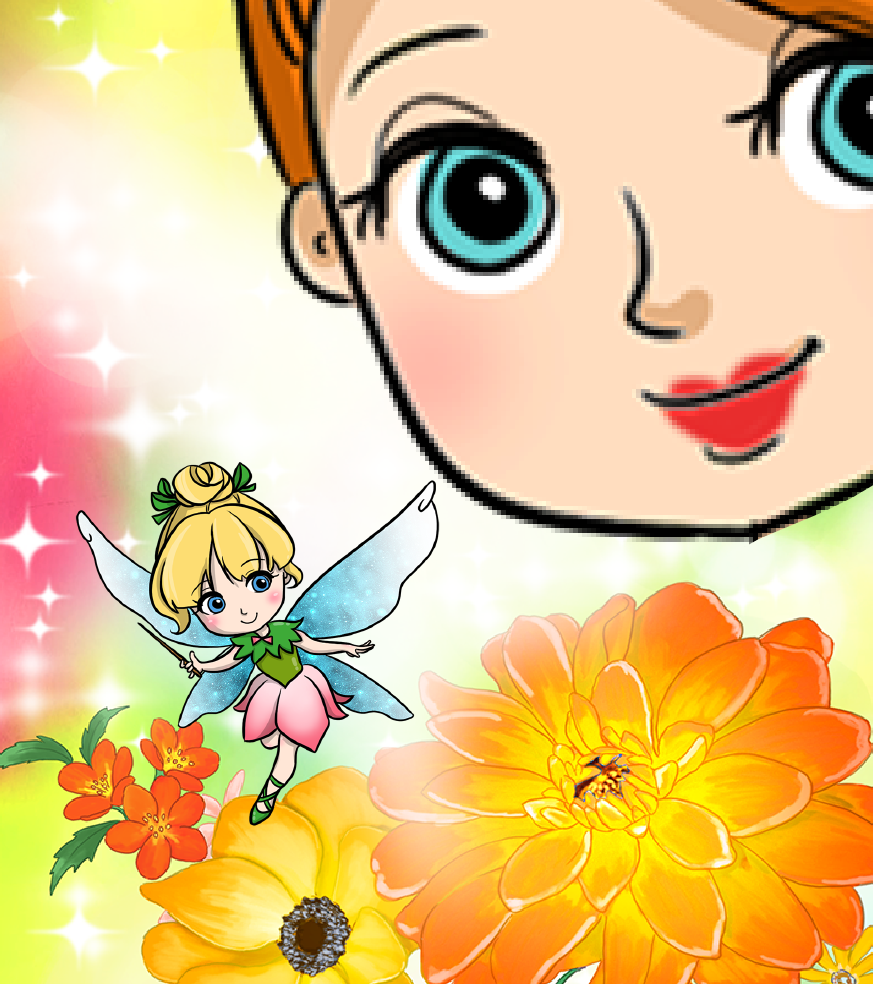 Madeline found Skitter, and immediately let out a gasp of delight.

“Oh you poor thing!” Madeline said sympathetically. “Here, can you grab onto my fingernail?”

Skitter strained at the web again and was able to grab hold of Madeline’s pinkie fingernail. Madeline tugged lightly and freed the sprite from its sticky situation. Although Skitter was overjoyed at being freed from the web, Madeline was at least as happy about seeing her first fairy.

Skitter told Madeline she could expect a lot of good luck soon, as Skitter was a grateful fairy. And, for the most part, it was true. Madeline won first prize in a pie bake-off. Someone ordered ten of her famous homemade dresses. She met a new handsome somebody. And, best of all, walking through the woods one day she found a green cardamom bush. Those unfamiliar with the plant wouldn’t know how valuable cardamom was, but Madeline thankfully knew that it was the one of the most valuable plants far and wide. It wasn’t only a great spice for coffee or tea, it also helped with stomach problems and other illnesses. 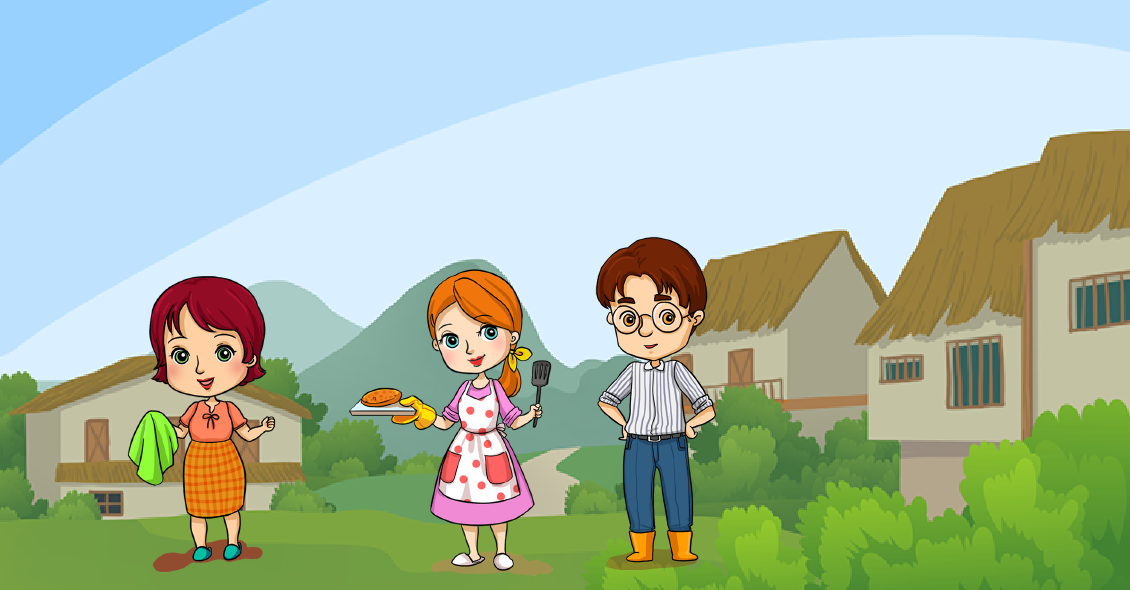 Madeline knew a lot about herbs and spices, probably too much for her own good. A neighbor came by a few days after her great find, complaining about her swollen eyelids. Madeline, trying to be a good neighbor, ground some cardamom into a paste which the neighbor smeared onto the infected area. Within a day the swelling was gone, which was an excuse for the village tattletale, ever jealous of Madeline’s long red mane, to denounce her as a witch. 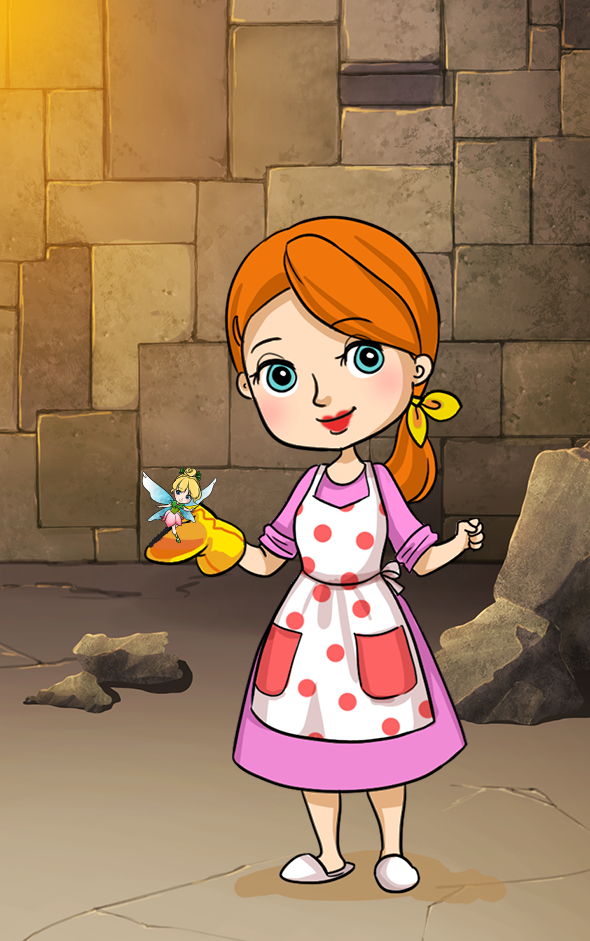 In her dungeon, Madeline was visited late that night by a fluttering, flickering ball of light.

“To,” Skitter answered, moving her wand forward like a conductor.

“To who?” asked Madeline, almost curious.

“It’s to whom,” Skitter corrected, giggling. The fairy kept Madeline com- pany for a while, then asked what other cures Madeline had on tap.

“I can cure just about anything,” Madeline smiled happily.

“Well, let’s just keep that to ourselves,” Skitter replied. “How about..um.. toothaches?”

“Then I think Baron von Lordly might just wake up with one come morning,” Skitter smiled.

The day dawned clear and cool. Madeline stretched, feeling glad to be alive. Someone else high up in the castle, however, was not.

Baron von Lordly moaned loudly, waking his wife the Baroness, his three children, and several servants, who were all convinced a specter was haunting the castle.

“The pain! The pain!” the Baron moaned, holding his face. “It is but to die!”

One of the servants informed him that there was a witch in the dungeons who was known to heal many sicknesses.

“Well stand not idly by, watching me perish,” the Baron shouted. “Go and get her. Ohhhh me, ohhh my!”

Madeline needed less than a candle’s length to grind and pound a powder the Baron could mix with water (he found pastes “icky”) and gargle with. Luckily the affected blueblood had no problem with cloves, the main ingredient in the mixture, and in a few hours the Baron was physically able to release Madeline from captivity. Again.

“Till next time!” Madeline waved at the guards leaving the fort. Yes, she would have to be very nice to her best and only fairy-friend.