Read stories about some of the Mojo characters and what they get up to. 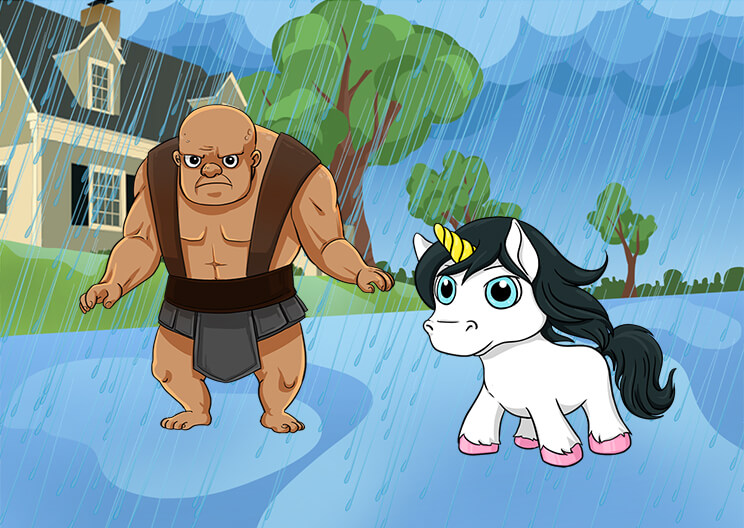 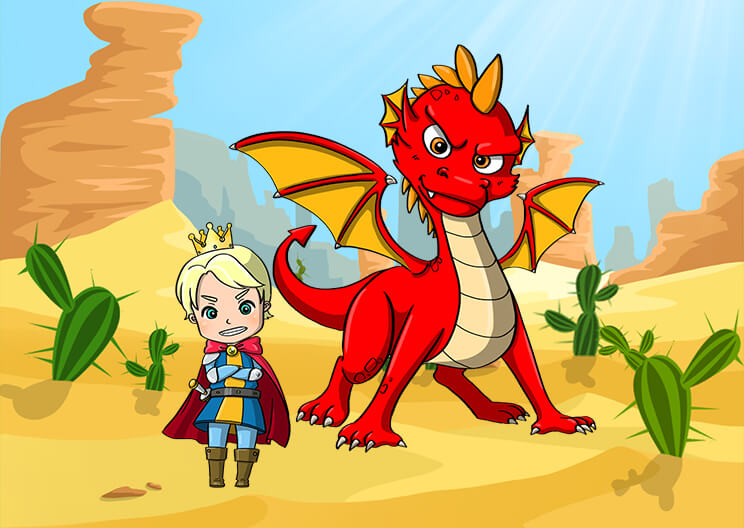 The prince kissed the dragon in a desert under a blazing sun. Well, actually, it just looked like that because, you see the dragon was dead. It was very VERY hot in the desert and dragons need to drink a lot of water. It had died a few days ago probably. The prince had found it lying there. He was lost and had been wandering around the desert for what seemed like months. Stupidly, he put his head in the mouth to see what it would feel like to be eaten by a dragon. And now his head was stuck… 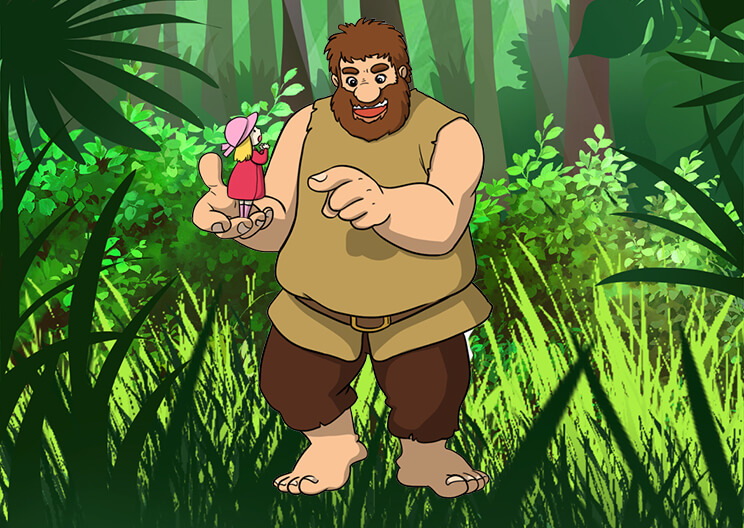 The brave giant with shoulder-length frizzy brown hair doesn’t ever wear brand-new flip flops in a jungle. Especially not THESE flip-flops… they had just been made for him out of some old mattresses and thick rope. He would only ever walk over lovely green fields or meadows of flowers. Look at him run in the fields! Oh no… he just ran through Mrs. Potter’s veggie garden! Now there’s a mattress-sized patch of flattened tomatoes. 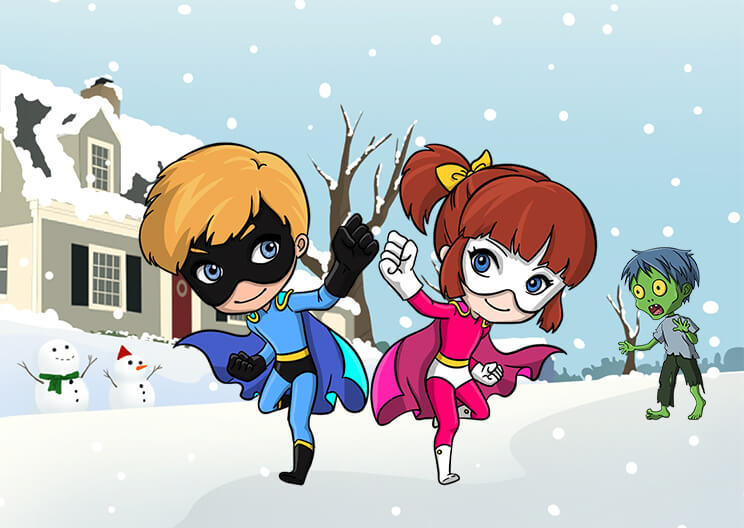 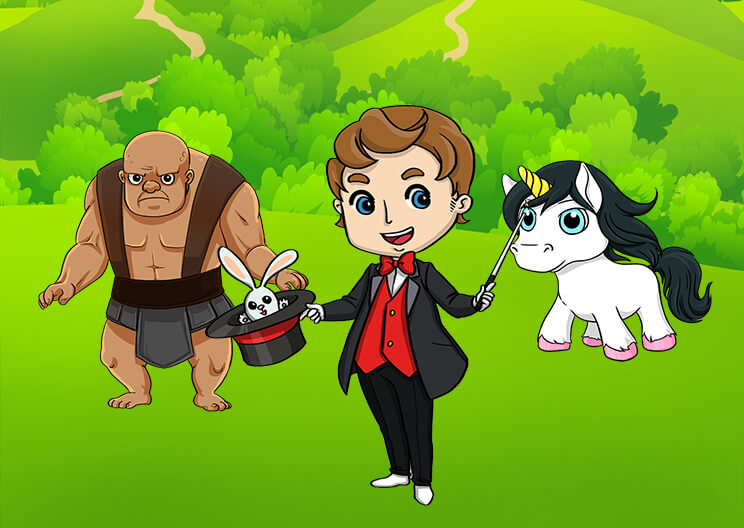 The Mummy with the Snow-White Hair

The Mummy with the Snow-White Hair

The hairy mummy with the shoulder-length snow-white hair isn’t going to jump in the castle to attend the dance with friends. The mummy was afraid that if it jumped into the castle, its hair would turn a different color because of the castle curse! The castle curse changed people’s hair colors all the time, and once the hair color changed once, it could never be changed again. Some people liked their hair color change, but the mummy loved its beautiful snow-white hair and never wanted the color to change. Rather than jumping into the castle, the mummy chose to dance outside the castle instead, and the moon brightened the mummy’s snow-white hair so much that people believed there were two moons shining instead of one and the mummy danced all night until the sunrise. 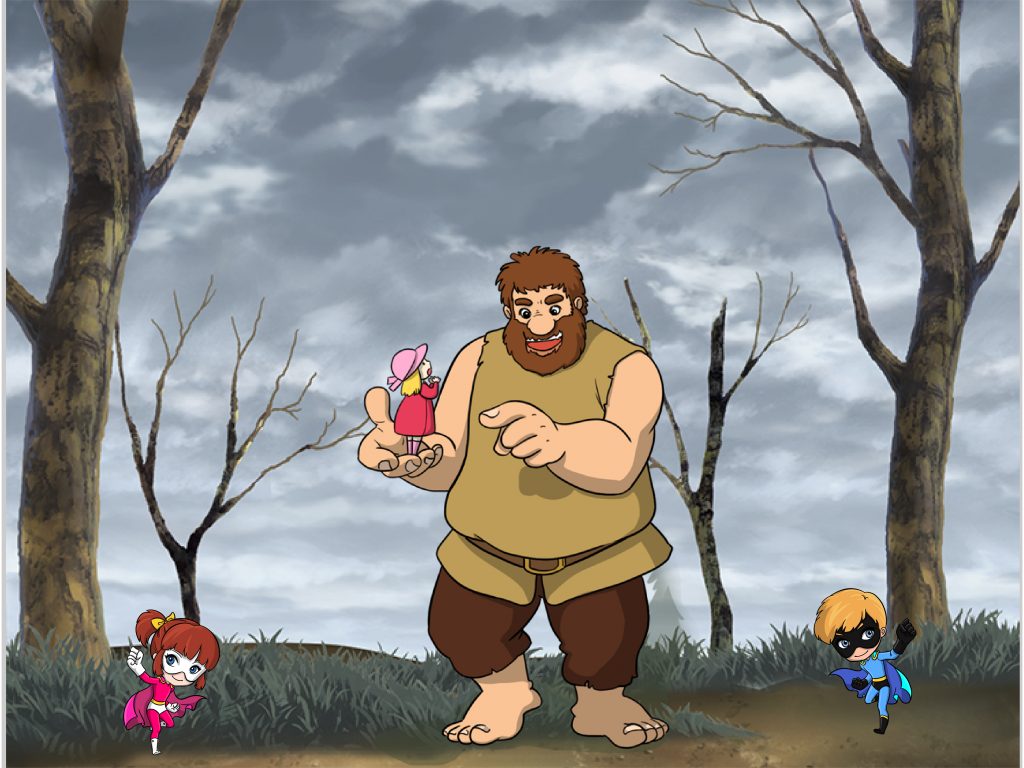 The giant sometimes skips rope with the foolish heroes during the day. Every jump the giant skips, the heroes drop money from their pockets. When the heroes try to pick up the money they dropped, the giant scares them away. The giant collects all of the money from the ground and deposits it in the town bank which is only for giants. One day, the giant will scare the heroes enough times to buy a new toy. The giant wants to buy a tall beanstalk so he can go and see his friend Jack that lives in a town below his house.